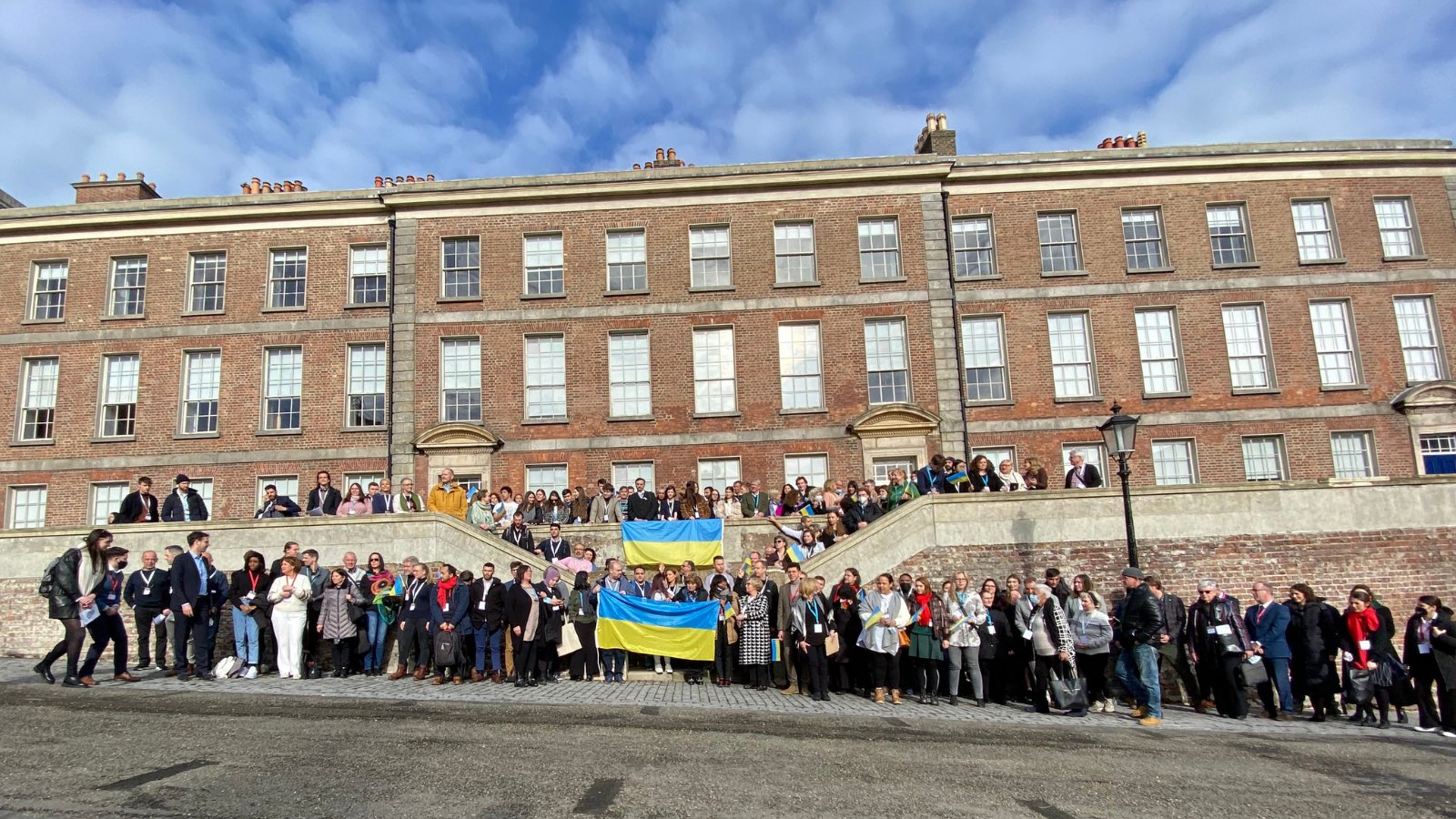 The Russian invasion of Ukraine has once again revealed the need for reform in the European Union. A unified and decisive diplomatic response to the aggression was slowed down and weakened in voting rounds. Differing energy policy positions among EU member states also prevent an autonomous European stance towards autocratic states and harbour the danger of blackmail.

In view of their own vulnerability, European leaders expressed their desire for a stronger Europe in the weeks following the Russian attack. These demands must not disappear again in the drawers. They must be our mandate to reform the European Union in the coming months, to make it more resilient and more democratic!

With the conference on the future of Europe, there is already a roadmap for the necessary reforms. 800 citizens, randomly selected across the EU, have been working on concrete reform proposals over the past months as part of the Future Conference. Although they were drawn up before the invasion, they read like a direct response to the war in Europe’s neighbourhood: an EU army, the replacement of oil and gas imports with renewable energies, an end to national vetoes.

A total of 178 recommendations were formulated, which will now be translated into concrete policies and reforms in the plenary of the Future Conference. The conference will deliver a result by 9 May 2022.

Highlights from the 40 recommendations of the EU Citizens’ Panel “EU in the World and Migration”:

Highlights from the 48 recommendations of the EU Citizens’ Panel “A stronger economy, social justice and employment/Education, culture, youth and sport/Digital transformation”:

Highlights of the 51 recommendations of the EU Citizens’ Panel on Climate Change and Environment/Health:

Highlights from the 39 recommendations of the Citizens’ Panel “Democracy, Values, Rule of Law, Security”:

The Council is slowing down – at the wrong time!

In the last 7 weeks of the Future Conference until 9 May, it is now about the politicians’ response to the citizens’ proposals. Even weeks before the end of the conference, there are EU governments that do not want to give an answer to the citizens. In a paper, the Swedish government rejects any response from EU governments. The paper is supported by 10 countries. Citizens in the plenary of the EU Future Conference protest against the refusal in the Council of Member States. One citizen demanded on behalf of many others: “We citizens want to know from the Council which of the recommendations you support. We want to know before 9 May.”

On 21 March, the Conference Secretariat sends out written templates to all working groups. These templates turn the citizens’ recommendations into proposals for conference conclusions. On 25-26 March, the conference working groups discuss and decide on the submissions to the plenary. The plenary will then receive these reports. On 8 and 9 April, possibly also 29 and 30 April, the plenary will discuss and decide on the conference conclusions. On 9 May, the final declaration will be made by Roberta Metsola, President of the European Parliament, Ursula von der Leyen, President of the EU Commission and the then newly elected French President.

On the online platform https://futureu.europa.eu, support for 16,916 ideas was collected for the last time until 20 February. 6 of the top 10 that emerged call for the abolition of national vetoes on decisions among EU member states in the Council, specifically the ideas ranked 1, 4, 5, 8, 9 and 10.

1) Together we are stronger: A democratic European Federation – 935 votes

4) Abolish the Council veto! (Petition to the MEPs of the Conference) – 757 votes

…contains: “4. ensuring the EU’s capacity to act through majority voting on all issues in the Council”.

8) There can be no real European democracy without an autonomous EU fiscal authority. – 585 votes

…demands “The introduction of new EU taxes should be based on co-decision by the European Parliament and the Council, without any individual member state having the right to block them.”

10) No double standards in the defence of democracy and the rule of law – 573 votes.

…calls for “The unanimity rule for Article 7 TEU should be changed to qualified majority voting to avoid opening the door to abuse (i.e. two member states with serious violations of the rule of law or human rights join forces to veto Article 7 on their behalf)” referring to Hungary and Poland.