EU Ombudsman: revolving door in Commission spins out of control

Today, the EU Ombudsman Emily O’Reilly published an analysis of 100 cases of former EU staffers taking new jobs – some of which for lobbying firms. The analysis looked into a number of revolving door cases potentially creating conflicts of interests where the application should have been rejected. “As this inquiry reveals, the Commission did so in only two out of the 100 cases inspected.” (point 38 in the decision).

The Ombudsman criticizes the Commission’s approach as too weak. The EU-Ombudsman recommends changing the approach by not granting permission for a new lobbying job “if restrictions cannot be effectively monitored or enforced”.

Daniel Freund, the European Parliament’s rapporteur on “strengthening transparency and integrity in the EU institutions by setting up an independent EU ethics body”, comments:

“The EU Ombudsman’s analysis proves: The protection against conflicts of interest in rapid changes of EU staff in lobby jobs is unacceptably weak. Independent oversight by an EU Ethics Body is necessary to stop revolving doors. An EU Ethics body would provide for an efficient framework to oversee Commission staff and therefore avoid conflicts of interest in revolving door cases. Parliament called the Commission to action for an EU Ethics Body by a large majority. Against the Commission’s current position, the Ethics body oversight must apply to former EU staff. The EU Ombudsman’s analysis shows this is necessary.

We have seen too many revolving door cases of EU chief diplomats changing to work for companies serving Chinese interests, EU competition lawyers changing sides at court from suing Apple to defending Apple. Too weak implementation of rules against revolving doors are a giant threat to the integrity of the EU. Internal knowledge of EU institutions must not be up for sale.”

The Commission should apply a more robust approach in relation to revolving door moves of its most senior staff to private sector jobs, shortly after departure or retirement, related to matters on which they worked while in the Commission.

Based on the findings in this strategic inquiry, the Ombudsman makes the following suggestions for improvement to the Commission:

The Ombudsman invites the Commission to inform her, within six months from the date of this decision, of any action it has taken, or intends to take, in relation to the above suggestions.”

The protection against conflicts of interest in rapid changes of EU staff in lobby jobs is unacceptably weak. Independent oversight by an EU Ethics Body is necessary to stop revolving doors. 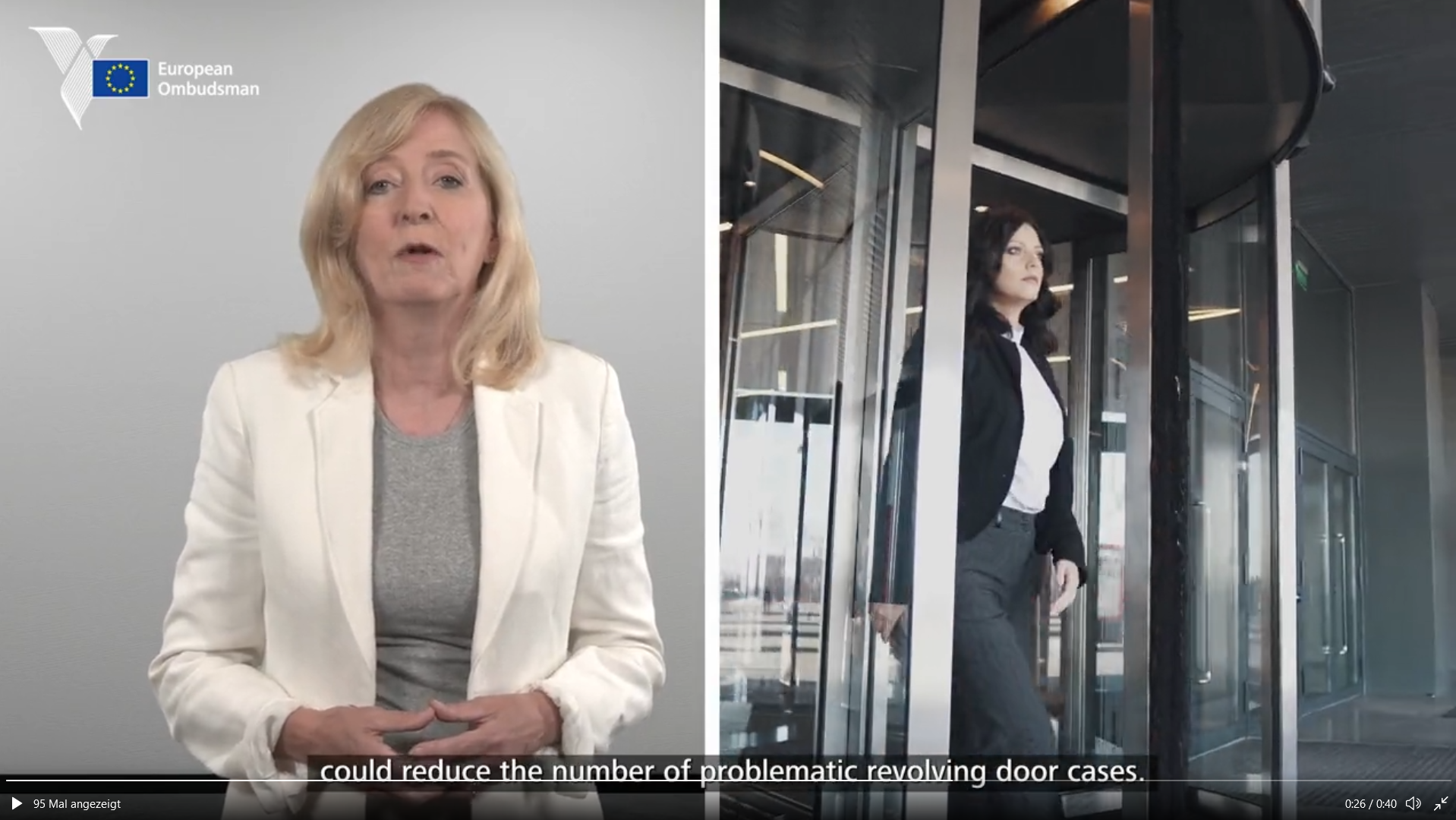