The abolition of national vetoes, the right of initiative for the European Parliament, higher EU investment in climate and social, and an ambitious reform of the EU agricultural policy: on Tuesday evening, the Executive Board of the Conference on the Future of Europe agreed on a comprehensive reform package. The final paper includes 49 recommendations and more than 200 proposals for concrete measures – a considerable number of which requires amendments to the EU treaties in order to be implemented.

The paper is the result of the Conference on the Future of Europe. 800 randomly selected citizens voiced their wishes and demands which have subsequently been discussed and elaborated in the Conference’s working groups, comprising representatives of the European Parliament, the Member States’ governments, national parliamentarians and European citizens. On Saturday (30.04), the recommendations will be endorsed by the Conference plenary and subsequently handed over to Macron, Von der Leyen and Metsola on May 9th.

These reform proposals should not stay on the shelf but must be implemented immediately. The abolition of national vetoes is the Conference’s core demand – it has top priority. We now have the unique opportunity to make Europe more democratic and ready to act. It would be absolutely irresponsible of the member states to continue slowing down the process.”

“This agreement is historic. It paves the way for a European Constitutional Convention. Europe’s citizens and their opinions have been at the center of the conference from the very start. Their proposals now form the heart of the reform package. Citizens have spoken loudly in favor of a more democratic EU with greater capacity to act. All EU institutions and the member states now have the duty to implement these reforms in order to advance the EU on its way towards a federal republic of Europe. The abolition of national vetoes must be a top priority. It is the Conference’s core demand and would give an enormous boost to the EU’s ability to act.”

Qualified majority voting instead of unanimity in foreign, social, fiscal, budgetary and other areas (“All issues decided by way of unanimity should be decided by way of a qualified majority. The only exceptions should be the admission of new membership to the EU and changes to the fundamental principles of the EU as stated in Art. 2 TEU and the Charter of Fundamental Rights of the European Union.” WG Democracy, verbatim EU citizens’ panel 4, recommendation 21 and stated similarly by WG EU in the World), Right of budget for the European Parliament (“European Parliament should decide on the budget of the EU as it is the right of parliaments at the national level”, WG Democracy).

Abolish unanimity for rule of law sanctions via Article 7 TEU (“Effectively applying and evaluating the scope of the ‘Conditionality Regulation’ and other rule of law instruments, and considering extensions to new areas regardless of their relevance for the EU budget. Any necessary legal avenues, including Treaty changes, should be considered to punish breaches of the rule of law”, WG Values); (“Ensuring the protection of EU values laid down in the treaties, including the rule of law and a strong social model, which are at the core of the European democracy, also abolishing the right of veto in the European Council established in Art. 7.2 TEU”, WG Democracy).

New European fundamental rights, e.g. for families, regarding marriage for all or adoption (“Taking action to guarantee that all families enjoy equal family rights in all Member States. This should include the right to marriage and adoption”, WG Economy, EU Citizens Panel recommendation 27) and minimum pensions (“Preventing old age poverty by introducing minimum pensions. Such minimum levels would need to take account of the living standard, the poverty line and purchase power in the respective Member State”, WG Economy, EU citizens’ panel recommendation 21).

Make health policy a shared competency (“Beef up the European Health Union using the full potential of the current framework and start exploring the possibility to include health and healthcare among the shared competencies between the EU and the EU Member States. In order to include this new shared competence, there is a need to amend Article 4 of the TFEU” WG Health, EU citizens’ panel recommendation 49) and European minimum health care standards (“Establish common minimum healthcare standards at EU level, covering also prevention and accessibility of care, and provide support to achieve these standards”, WG Health, EU citizens’ panel recommendation 39).

European minimum wages (“Ensuring that statutory minimum wages guarantee that each worker can earn a decent and similar quality of living across all Member States. Clear criteria (e.g. living costs , inflation, above the poverty line, the average and median wage at national level) to be taken into account when setting minimum wages level should be set up The levels of statutory minimum wages should be regularly reviewed in light of these criteria in order to ensure their adequacy. Special attention should be put on effective implementation of these rules and monitoring and tracking improvement in the standard of living. At the same time, collective bargaining should be strengthened and promoted throughout the EU”, WG Economy, EU citizens’ panel recommendations 1 and 30, DE citizens’ panel recommendation 4.2).

Improve coordination of tax policies by introducing qualified majority voting instead of unanimity (“Harmonizing and coordinating tax policies within the Member States of the EU in order to prevent tax evasion and avoidance, avoiding tax havens within the EU and targeting offshoring within Europe, including by ensuring that decisions on tax matters can be taken by qualified majority in the Council of the EU while still allowing leeway for individual Member States to set their own tax rules (within a certain threshold) to deal with their own economic and societal issues”, WG Economy, EU citizens’ panel recommendation 13 and 31, IT citizens’ panel recommendation 4.b.3).

Finance European investments through new own resources, common EU borrowing (“We propose that the EU promotes future-oriented investments focused on the green and digital transitions with a strong social and gender dimension, building on the examples of the Next Generation EU and the SURE instrument. The EU needs to take into account the social and economic impact of the war against Ukraine by adapting its economic governance to new geopolitical context and by strengthening its own budget through new own resources. … Give further consideration to common borrowing at EU level, with a view to creating more favourable borrowing conditions, while maintaining responsible fiscal policies at Member State level”, WG Economy, LT citizens’ panel recommendation 9).

Discuss a European Constitution (“Reopening the discussion about the constitution, where applicable, to help us align better on our values. A constitution may help to be more precise as well as involve citizens and agree on the rules of the decision-making process”, WG democracy, EU citizens’ panel 2 recommendation 35, FR panel).

In addition, transnational electoral lists have been demanded – a reform which is achievable without treaty changes (“Amending EU electoral law to harmonise electoral conditions … for the European Parliament elections, as well as moving towards voting for Union-wide lists, or ‘transnational lists’, with candidates from multiple Member States … Some of the Members of the European Parliament should be elected through a European Union-wide list, the rest being elected within the Members’ States; … The reform should ensure that young people are fully able to participate in the representative democracy by lowering the voting age to 16 and by harmonising the minimum age to stand for election with the voting age”, WG democracy, EU citizens’ panel 2 recommendation 16). 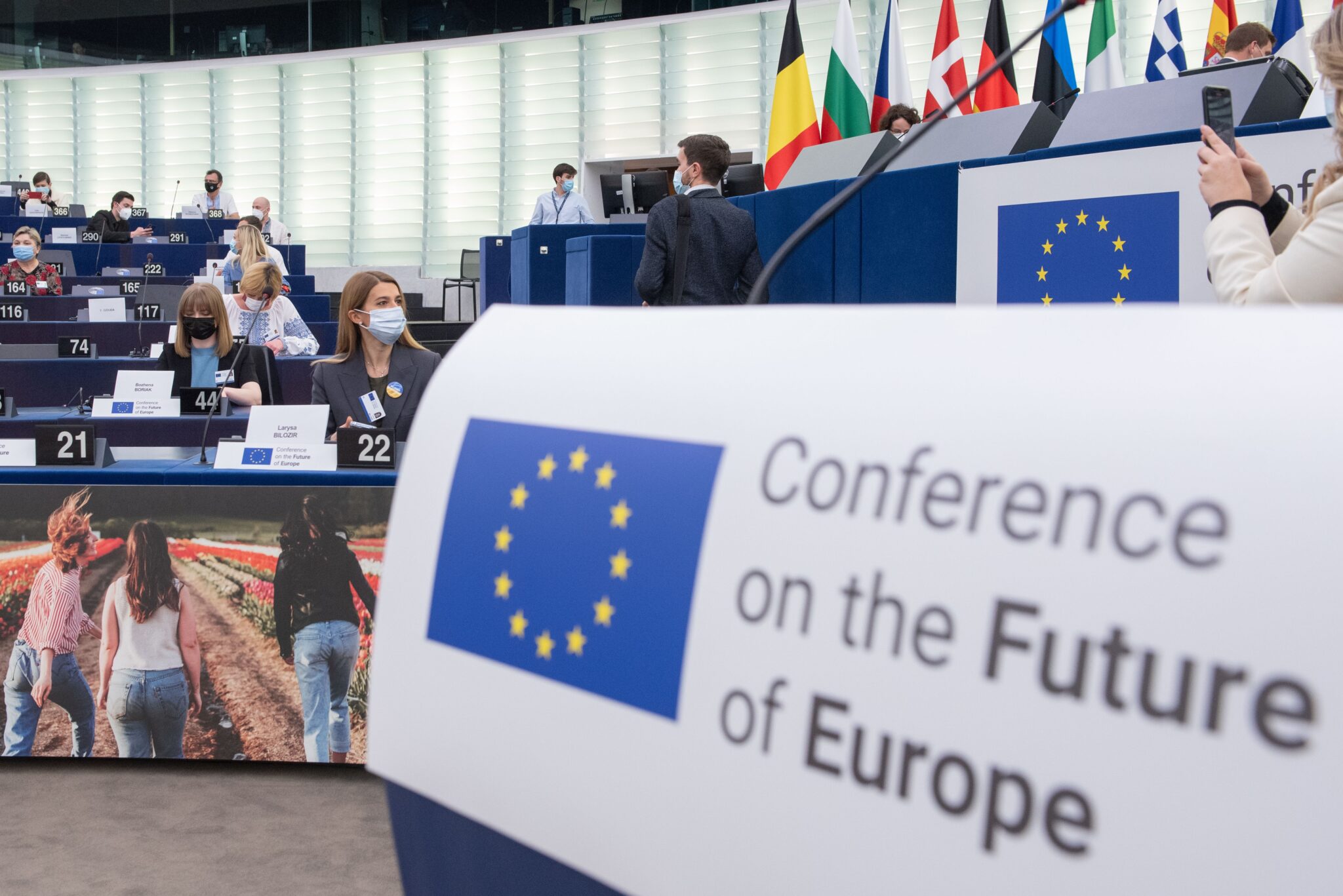