The Citizens' Assembly for Europe starts on 17.9: The most important facts about Europe's biggest democracy experiment 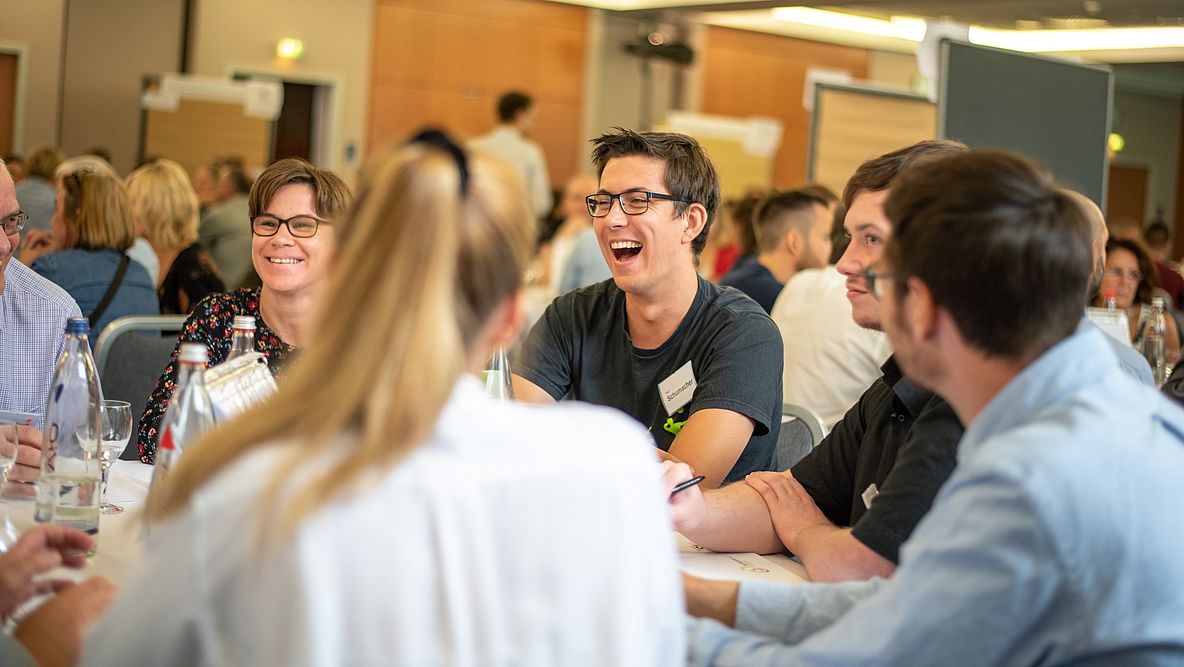 On the weekend of 17-19 September, the first European Citizens’ Assembly on economic and social issues will start in Strasbourg. It is the first of three meetings of each of the four panels. The Greens/EFA Group successfully introduced the proposal for this form of citizen participation in the Conference on the Future of Europe. The most important questions on the launch of the citizens’ panels at a glance.

How were the citizens selected?

For 200 citizens per panel, Europe’s largest experiment in democracy is starting – within the framework of the Future Conference. Thousands of EU citizens were called with random telephone numbers and asked about their place of residence (urban, rural), occupation and formal education, gender and age. The selected 200 random citizens represent the composition of the EU population in all these criteria – better than participants in any other form of civic participation. (see details below) The Member States are composed in descending proportionality similar to the European Parliament, from 27 Germans, 22 French to 2 from the smallest six countries, such as Luxembourg and Malta.

What role do citizens play in the Future of Europe reform conference?

Parliaments in France, Ireland, Spain and, most recently, the German Bundestag have had good experiences with seeking the advice of such representative random citizens. Time and again, people who have been taken out of work and family life for a few days by chance show that an informed debate on complex issues can lead to astonishingly broadly supported proposals. This “public joker” is the hope for a solution to the Gordian knots of European politics: a right to vote for more direct influence of the voters on the Commission President and an election campaign around truly European issues, a solidarity-based solution for the reception of refugees, a foreign policy without veto blockades. The advice of the random citizens will be the basis for the deliberations of the plenary of MEPs, national MEPs, government representatives and other politicians, as well as more than 100 random citizens.

What issues will be debated at the Citizens’ Assembly?

The first meeting of random citizens should start with ideas that are as spontaneous as possible. The only other basis is the first interim report from the online platform of the Future Conference. It is to be published today, Friday 10 September. Since April, ideas can be submitted there in the 24 EU languages, supported by others and commented on. The most ideas are on climate/environment and democracy. The two ideas with the most support both call for a strengthening of the European Parliament and majority voting in the Council of the EU. The next three ideas want more research money for healthy ageing, a European army and again transnational lists for the European elections. The following seven ideas are from the European Trade Union Confederation ETUC for protection of labour rights in digitalisation, for the primacy of trade union rights over market freedoms, for fair distribution and integration of migrants, for an EU social policy by majority voting. (See list of most popular ideas below.) The fact that ideas for more democracy, more capacity to act and more social justice are in the lead confirms the constructive orientation of national lottery citizens’ assemblies. The strong support of citizens online for a more effective, fairer Union gives hope for the upcoming citizens’ panels.

To the online platform of the Future Conference: https://futureu.europa.eu/pages/panels

Panel 4: EU in the world / migration

COMPOSITION of random citizens per panel

As foreseen in the European Commission’s agreement with the service provider (Kantar), the company completed the random selection of 800 EU citizens from all Member States in mid-August. These citizens will constitute the four pan-European panels of 200 persons each, which are representative of the EU’s sociological diversity based on 5 criteria:

(1) Nationality – the number of citizens per Member State was calculated according to the degressive proportionality principle applied to the composition of the European Parliament – see the breakdown for one panel in Table 1 below.

(2) Urban/rural residents – As the numbers stand currently, 73% live in cities or large towns and 27% in small towns and villages. A check was additionally applied to avoid having a geographic concentration of a region/city.

(3) Socioeconomic background including occupation and education. 44% of selected citizens have a higher education degree, 45% have completed secondary school and 11% primary school or no school.

(5) Age – according to the Conference’s aim at allowing a specific focus on youth, 33% of the citizens selected are between 16 and 25 years old.

1.) “A reform plan for a citizen-based European Democracy” by Hannah Gohlke (Volt), topic “democracy”, for a pan-European ballot, no barriers to voting in Europe, a European Government elected by EP, majority decisions in Council, initiative powers for the EP – 534 endorsements – https://futureu.europa.eu/processes/Democracy/f/6/proposals/56299

2.) “Stronger together: A democratic European Federation” by Leonie Martin (president of the Young European Federalists), topic “democracy”, for stronger EP sharing competences with a Council turned into a Senate, always voting by simple majority, Commission as government responsible to the EP – 487 endorsements – https://futureu.europa.eu/processes/Democracy/f/6/proposals/178?locale=en

4.) “The creation of the European Army” by Slovakian student Wilhelm Miklus, topic “EU in the world” – 396 endorsements

5.) “Truly European Elections: Transnational EU-wide electoral lists” by JEF-president Leonie Martin, topic “democracy”, for an EU-wide constituency and a second vote in EU elections for these transnational lists in addition to the existing national or regional constituencies    – 376 endorsements

6.) “Fair digitalisation” by the European Trade Union Confederation (ETUC), topic “digital”, for workers protection by data protection and privacy rights against discrimination by algorithms and surveillance at work – 335 endorsements

8.) “A common migration and asylum policy, based on respect for rights and equal treatment” by ETUC, topic “Migration” for fair distribution of migrants, better integration into labour markets, legal ways for migrants – 323 endorsements

9.) “Better decision-making for a fairer Europe” by ETUC, topic “democracy”, for more competences for the EP, qualified majority voting, activating the passerelle-clause to move from unanimity to majority voting on social politics including the social partners – 321 endorsements

13.) “A more democratic & effective EU: Stronger European Parliament” by JEF-President Leonie Martin, topic “democracy”, for full right of initiative and decision powers on the budget for the EP, election of Commission President by EP, make Council a second chamber deciding by simple majority in both chambers – 314 endorsements