The European Parliament has just voted in favour of a new electoral law with transnational lists across Europe. Together with the Social Democrats (S&D), Liberals (Renew) and Greens/EFA, a part of the divided Christian Democrats (EPP) and the Left supported the proposal, resulting in a majority of 323 yes vs 262 no votes with 48 abstentions.

In the coming European elections, 28 MEPs are to be elected via a new European constituency. This means that, for example, lead candidates from Portugal, Croatia or Lithuania would also be eligible for election in Germany. European parties would thus be encouraged to run with a common European election programme. Candidates elected on a European level would also hold the EU top offices and thus provide the EU institutions with a closer connection to the electorate.

The European Parliament’s draft law now goes to the Council of Member States, which can amend the draft and unanimously resubmit it to the European Parliament for a final yes or no vote. In between those two steps, negotiations are likely to take place. The German government has enshrined transnational lists in its coalition agreement, and French President Macron had already strongly advocated them before the last European elections. In addition, the Citizens in the Conference on the Future of Europe and the European Youth Event had recommended European, transnational electoral lists.

Daniel Freund, Green member of the European Parliament’s Committee on Constitutional Affairs (AFCO) and the Executive Board of the Conference on the Future of Europe, comments:

“The European Parliament’s vote in favour of transnational lists signifies a historic step forward for European democracy. The European Parliament wants to give every EU citizen a second vote, turning 27 national elections into one truly European one. Now it is up to the EU governments! They must clear the way for this progress, especially because citizens have clearly spoken out in favour of this electoral reform at the Conference on the Future of Europe.”

Recommendation 16 of EU Citizens Panel 2 on Democracy and Values:

“We recommend adopting an election law for the European Parliament that harmonizes electoral conditions (voting age, election date, requirements for electoral districts, candidates, political parties and their financing). European citizens should have the right to vote for different European Union level parties that each consist of candidates from multiple Member States. During a sufficient transition period, citizens could still vote for both national and transnational parties”.

From the top 20 recommendations of the European Youth Event 2021:

The EU has a problem: its citizens are still not properly represented, which affects their trust in politics and their level of engagement with policy-makers. To change this, the European Parliament elections need to be more European, and not 27 elections hap-pening at the same time. We should use transnational lists, where voters would be given a list of national candidates, and an additional list with candidates from all Member States. This way, a voter could vote for both – their country candidate and anoth-er country’s candidate, creating two different ways for politicians to be elected. With this, we can make sure that candidates still represent all regions, and at the same time make the elections truly transnational, forcing politicians to take the opinions of all Europeans into account.The same should apply to the candidates for the President of the Commission who should not be elect-ed in backroom negotiations among winning parties. We should enforce the so-called “Spitzenkandidaten” system, where each party announces their candidate for the President of the Commission before the election campaign in the case that this party gains a majority. Through active participation in the campaign and direct interaction with the citizens, the fu-ture President could become more closely connected to the European population.”

Why do we need TNL?

We need them to make European elections truly European. EU elections are effectively 27 national elections in national constituencies with lists of people from the same countries –  no wonder they neglect EU topics and often merely express dissatisfaction with the national government instead of discussing European answers for European problems. Transnational lists could give EU citizens a second vote for an additional EU-wide constituency where each list would have candidates from all over the EU and therefore need to explain to all EU citizens at once why they have the best program for Europe.

We need them to hold candidates for the EU top jobs accountable during election campaigns instead of having EU governments distribute EU top jobs to surprise candidates after elections. The lack of clarity before elections about who are the candidates for EU top jobs gives rise to bad mouthing about the EU being run by “unelected bureaucrats”. TNL would instead comprise each parties’ candidates for top jobs and thereby ensure that journalists and voters can hold them accountable by asking them for their plans and discussing their programs publicly during the electoral campaign. Voters would finally know the Commission president and Commissioners before elections, could choose between them and actually elect them into office in a way more  similar to the national level.

But isn’t the lead-candidate system (Spitzenkandidaten) enough to foster a European debate?

The lead-candidate system, the agreement that each EU political party (family) elects one lead-candidate for the position of Commission president, can help to foster European debate. Yet, the last EU elections in 2019 brutally exposed that if an EU party congress elects Manfred Weber as lead-candidate, it is still possible that the same party leaders after the elections agree to propose Ursula von der Leyen as Commission president instead. National parties rarely explained who the EU lead-candidates were to their electorate. They focused on their national candidates only, because they were the ones on the ballot. Only when each citizen can find the lead-candidates on top of the TNL on their ballot, parties will be more likely to explain who those candidates are. Candidates with an EU-wide popular mandate will not be easily brushed aside.

But no federal system has transnational lists?

There are few examples (South Africa!) indeed. However, the EU needs TNL to balance the member states’ extreme role in deciding the top jobs (the EU Commission) that no other federal system has. The strong role of federal parties in federal systems is due to the fact that parliament alone elects a government and federal parties can effectively negotiate a coalition and elect it into power. As long as the Spanish Prime Minister negotiates the post of Commission president with the German Chancellor and the French president instead of the party leaders on the EU level, we need transnational lists to make EU top jobs a European instead of a national matter. Awarding the power of electing the top jobs to the European Parliament alone or taking away the right of each EU government to propose a Commissioner, would require treaty change. Introducing TNL can be done without treaty change (although all Member State governments have to agree and national parliaments to ratify).

But are MEPs from TNL not missing a constituency to be close to voters?

The proposed reform would add 28 seats to the 705 that would remain to be elected the way we already know. The current Parliament has 705, the EU treaties allow for maximum 751, leaving 46 free. 28 seats are less and nearly exactly the number of Commissioners. Parties like Greens/EFA and the Left can hope to get their lead candidates and maybe one additional cadidate elected. Since those parties would most likely send candidates already known to a wider public, these would be candidates for becoming group leaders in the European Parliament, Commission president or Commissioners. Already now, those holding such top jobs have less time to visit their constituency and they hold a lot of responsibility towards all EU citizens, which goes beyond the inhabitants of their local constituencies. TNL would bring leading EU politicians on the same level of accountability with the voters they do politics for: EU-wide. At the same time, the new Electoral law allows all candidates on TNL to also run on national or regional lists, allowing for the same level of scrutiny as today.

A presidential system does not fit with European diversity and complexity. The European Parliament currently includes more than 180 different political parties. Reducing the choice to two persons will not work. Besides, electing the EU Commission president directly raises high expectations for this one person to steer EU politics. With all necessities to compromise not only between political groups in Parliament but also between Member States in Council, such expectations would inevitably be deeply disappointed. A direct election would be a false promise from the start. TNL offer many more options and each list represents the diversity of the respective national backgrounds. The EU-wide constituency for transnational lists with only 28 seats comes down to a comparison of only few people while allowing a candidate from each member state, therefore presenting a very European compromise between US-style presidential elections and European diversity.

No, the proposed Electoral law has a strong rule guaranteeing 2/3 of all seats on the lists for small and medium countries. Article 15 (9) divides the lists in sections of 3 slots each, (places 1-3, 4-6, …) and the member states into 3 groups of A large member states (currently from Germany to Poland), B medium (from Romania to Bulgaria) and C small (from Denmark to Malta). Each section of 3 slots (e.g. places 1-3) must include candidates from A, B and C. No list can put candidates e.g. from Germany, France and Italy on the first 3, not even on the first 6 seats. Even without such a strong rule, Jean-Claude Juncker from Luxembourg as the first successful lead-candidate showed that as long as you speak a big member state’s language, you can still be successful there as well.

Will TNL favour populists and the political extremes?

No, this is very unlikely, since TNL and their programmes must convince voters across member states while populists use stereotypes that differ strongly from country to country. The Polish PiS hates Putin, Le Pen’s Rassemblement National and Salvini’s Lega took Putin’s money and defended him. Northern Populists want the EU to redistribute less money, Southern and Eastern Populists want more EU money. TNL would expose the inner contradictions of Populists much better than the current system. Instead, TNL favour parties that offer convincing answers to all EU citizens, whatever the political direction might be.

Why TNL if no reform is necessary, nothing is broken that needs fixing?

UK voting for Brexit because the EU was seen as a non-democratic external control body, right-wing populists winning in the last European elections some of the biggest Member States like Le Pen’s Rassemblement National in France ahead of En Marche, the Lega in Italy with winning more seats than PD and FI combined show the dangerous lack of trust in pro-European forces of any direction. The badmouthing of the EU as being run by unelected bureaucrats is made easy by most citizens not feeling like they elected those in power in the EU institutions. The lack of genuine European debate and competition in EU elections and the lack of connection to the decision on EU top jobs after elections leads to the degradation of EU elections to second or third order national elections. It is too dangerous not to use the potential of truly European elections to legitimise those in power and thereby the EU political system.

The European Parliament wants to give every EU citizen a second vote, turning 27 national elections into one truly European one. Now it is up to the EU governments! 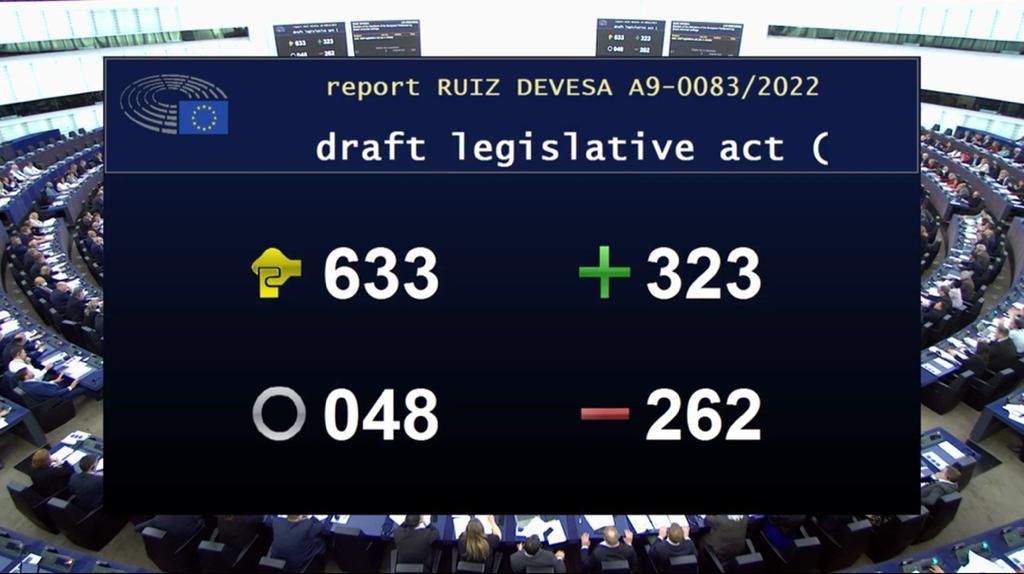 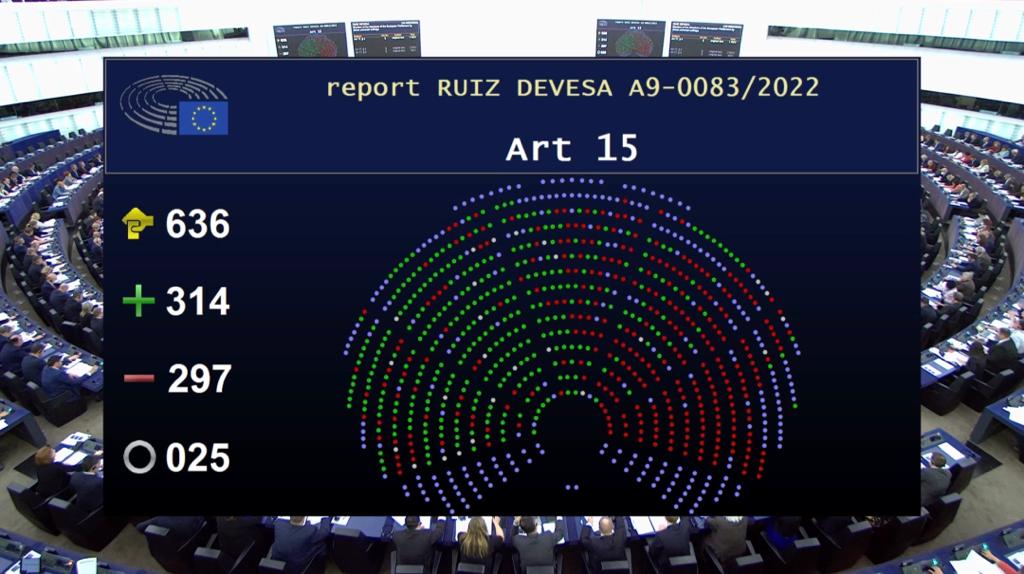