Deadline 2 August for Conference interim report: call now for endorsements for what you want to be discussed

Dear friends of the Conference on the Future of Europe,

We just received the deadline of 2 August for all ideas and endorsements in the COFE online platform futureu.europa.eu to make it safely into the first interim-report. The last Executive Board decided that this interim-report will be the main guidance for the randomly selected participants in the EU Citizens Panels, the key innovation and best participatory element of the Conference. How many „endorsements“ (similar to Facebook-likes) an idea receives will help it to land on the table of the citizens panels and thereby the overall Conference Plenary.

Could you help to spread the links of key ideas to your members and followers for endorsement until Monday 2 August? Obviously, also after 2 August counting continues and much endorsed ideas will continue to receive special attention in the EU citizens panels meeting from 17 September and the second Conference Plenary meeting 22/23 October.

Find here key ideas we recommend for their potential to change the EU and their already relevant endorsements:

„The European Elections are currently separate national elections in 27 member states, with limited possibility to vote for candidates focusing on pan-European topics. … To solve this problem, we should have EU-wide transnational voting lists in the European Elections. This would mean that every European citizen would have two votes:

– one to be cast for a candidate on a (sub)national list drawn by national parties (the same way as it this now), and

– one to be cast for a candidate on an EU-wide transnational list drawn by European political parties. …“

Stop waiting for the next crisis: fiscal solidarity NOW! (by Felix Strahl, already endorsed by 39)

“Instead there should be instruments established as backstops in case of crisis or other dangers for the fiscal convergence of the EU. The Recovery Fund is a huge step in this direction and should therefore be made permanent, to always be part of the toolbox of the Union in case of a huge crisis. Also a comeback of the BICC as a real fiscal capacity and the establishment of an Unemployment (Re-)Insurance Scheme would be initiatives, which could function as fiscal backstops for the European people.

Additionally the banking sector has to be fundamentally protected by means of solidarity to shocks like in the last banking crisis by establishing a real EDIS (not in 5-10 years but now!).”

„The EU should become a Fiscal Union with an independent budget large enough to fund its own policies. This should be based on the Union’s capacity to collect taxes and issue debt. Such a solution will strengthen the resilience of the EU to economic crises and let it provide public goods to all Europeans, while respecting the principle of subsidiarity, i.e. ensuring the EU acts only in the areas where it has more added value than national or local governments. The introduction of new EU taxes should be based on a co-decision of the European Parliament and the Council, with no right to block it by a single member state.“

For a true European democracy: Abolish the right of veto and assign direct powers to the European Parliament in taxation and foreign policy (by Union of European Federalists, 35 endorsements)

„Democracy is not compatible with the right of veto. Replacing unanimity with qualified majority decisions is therefore one of the indispensable reforms for the full democratisation of the European Union. In the current Treaties in particular, unanimity is still required in two crucial areas: taxation (where the size of the Union budget and the nature and extent of the resources that finance it are decided unanimously by the Council and this decision must then be ratified by all the member states; unanimity is also required for approval of the Multiannual Financial Framework) and foreign and defence policy (where every decision is taken by the Council or the European Council with the unanimous consent of all the states). In these two areas, the time has come to structurally change the EU’s decision-making system and abolish the unanimity rule. …“

„Member States subsidize fossil fuels. In 2018, total fossil fuel subsidies in the EU amounted to €50 bn. … These subsidies have delayed emission reductions and distorted competition between energy sources – a big problem for climate action. … The Conference on the Future of Europe should bring new momentum to phasing out fossil fuel subsidies. It should recommend a hard deadline for ending the use of fossil fuels in the EU – similar to the recommendations of the citizen assemblies in the UK and France. The Conference should also help improve the EU’s legislative process. It should recommend expanding the ordinary legislative process to all aspects of energy and climate policies. This would strengthen democracy in the EU because the Parliament would become a full co-legislator – equal to the Council of Ministers. …“

A renewed Social Contract for Europe for a fair recovery (by European Trade Union Confederation, more than 280 endorsements)

The Conference on the Future of Europe should focus on the necessity of a Renewed Social Contract for Europe, to pave the way to a fairer, more inclusive and sustainable society. The improvement of living and working conditions in Europe and equality between men and women should be at the forefront. The recovery should be based on redistribution and upward convergence, quality job creation in all sectors and reinforced investments in public services and social protection, including ensuring the right to decent pensions. The respect of workers’ and trade union rights, social dialogue, stronger collective bargaining and democracy at work constitute the necessary basis for a fair recovery. The specific situation of mobile, cross-border and frontier workers must be taken fully into account. Europe must promote and defend free movement of persons as one of the four main freedoms enshrined in the TFEU.

“A Review Mechanism on Democracy, Rule of Law and Fundamental Rights (DRF) should be introduced, including:

– an annual evidence-based scoreboard on the state of DRF in all member states developed by an independent expert panel;

– country-specific recommendations adopted by the European Commission based on the scoreboard;

– preventive and corrective measures adopted by the European Parliament and the Council by qualified majority, to be put in place within 6 months after the adoption of the recommendations if the latter are not respected.” 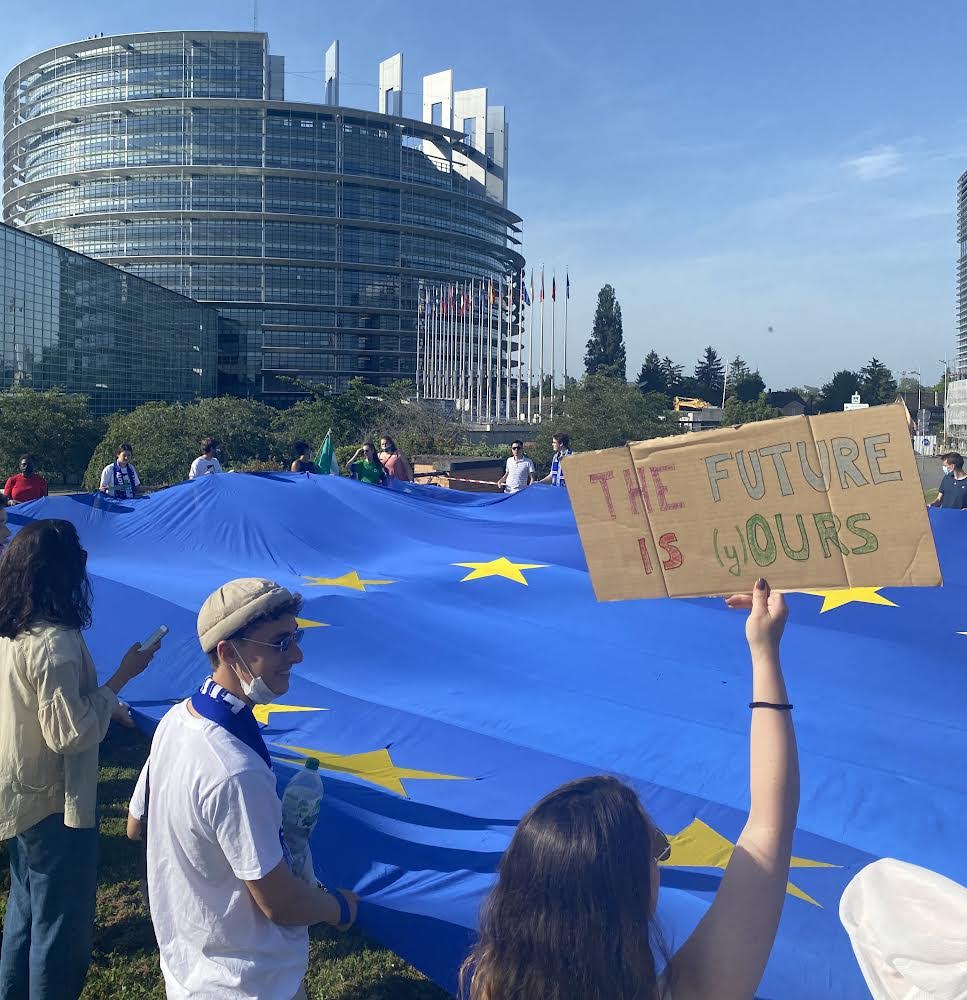