Today at noon (15.12.2022), the European Parliament drew the first political consequences after Eva Kaili was voted out of office. The most important demands:

“The European Parliament is too vulnerable to non-transparent influence. Things must not continue as they are. We now need a general overhaul of the lobbying rules so that the influence of third parties on European democracy becomes transparent. Third-party lobbying should be registered in the lobby register. Members’ assets should be disclosed. MEPs should cool down before switching to lobbying jobs. Rules should be controlled by an independent ethics body.

It is a good sign that, in the wake of the scandal, parliament has for the first time taken a position in favour of disclosing the assets of all MEPs. If it is possible to check whether assets correspond to transparent incomes or become inexplicably larger, this will deter corruption and make it more difficult to spend illegal money. A cooling-off period for MEPs is also important to prevent the impression that they are listening to subsequent employers rather than their voters.

The attempt of the Christian Democrats to put non-governmental organisations under general suspicion is shabby and dangerous. The corresponding motion of the AfD, Rassemblement National and Lega parliamentary group (ID) has fortunately failed, despite the support of the Christian Democrats. Just because fake NGOs seem to be involved in the scandal, NGOs must not be placed under general suspicion. This otherwise provides a dangerous template for dictators in Qatar and elsewhere to harass activists for human rights and against corruption.”

Calls for a special committee tasked with identifying potential flaws in the European Parliament’s rules on transparency, integrity and corruption and making proposals for reforms, building on the work of the Committee on Constitutional Affairs and best practices in other parliaments; (draft resolution)

Believes that the EU transparency register should be strengthened by increasing the budget and the number of staff, so that it is able to verify the information provided by applicants and registrants more thoroughly; believes furthermore that its scope should be expanded to include representatives of non-EU countries; (draft resolution)

Urges the Commission to put forward a proposal to set up the ethics body as soon as possible, in line with Parliament’s resolution of 16 September 2021; (draft resolution)

Believes that a declaration of assets by Members at the beginning and end of each mandate would offer additional safeguards against corruption, following the example of many Member States; believes that the asset declaration could be accessible only to relevant authorities to allow them to check whether declared assets fit with declared incomes when faced with instances of substantiated allegations, which would make spending illegal proceeds substantially more difficult; (AM 20 Daniel Freund and more than 36 MEPs)

Recommends a revision of the Staff Regulations, especially Article 22(c) thereof, in order to align it with the standards of the Whistleblower Directive; calls on the Bureau, in the interim, to immediately revise Parliament’s Internal Rules Implementing Article 22(c) of the Staff Regulations to bring them in line with the protections provided for in the Whistleblower Directive;  (AM 21 Daniel Freund and more than 36 MEPs)

Proposes to introduce a cooling-off period for former MEPs to avoid the negative effects of the so-called phenomenon of revolving doors; (AM 16 Greens/EFA)

all draft motions for resolution and all amendments by all political groups: https://www.europarl.europa.eu/plenary/en/motion-details.html?reference=RC-B9-0581-2022

narrowly defeated was AM 3 by the extreme right-wing ID group:

Notes that NGOs were allegedly used in this case as vectors of foreign interference in European parliamentarism; calls for a review of the current rules for NGOs, in particular those related to governance, budget, anti-money-laundering, foreign influence and persons of significant control, with the aim of increasing their transparency and accountability;

The European Parliament is too vulnerable to non-transparent influence. Things must not continue as they are. We now need a general overhaul of the lobbying rules so that the influence of third parties on European democracy becomes transparent. 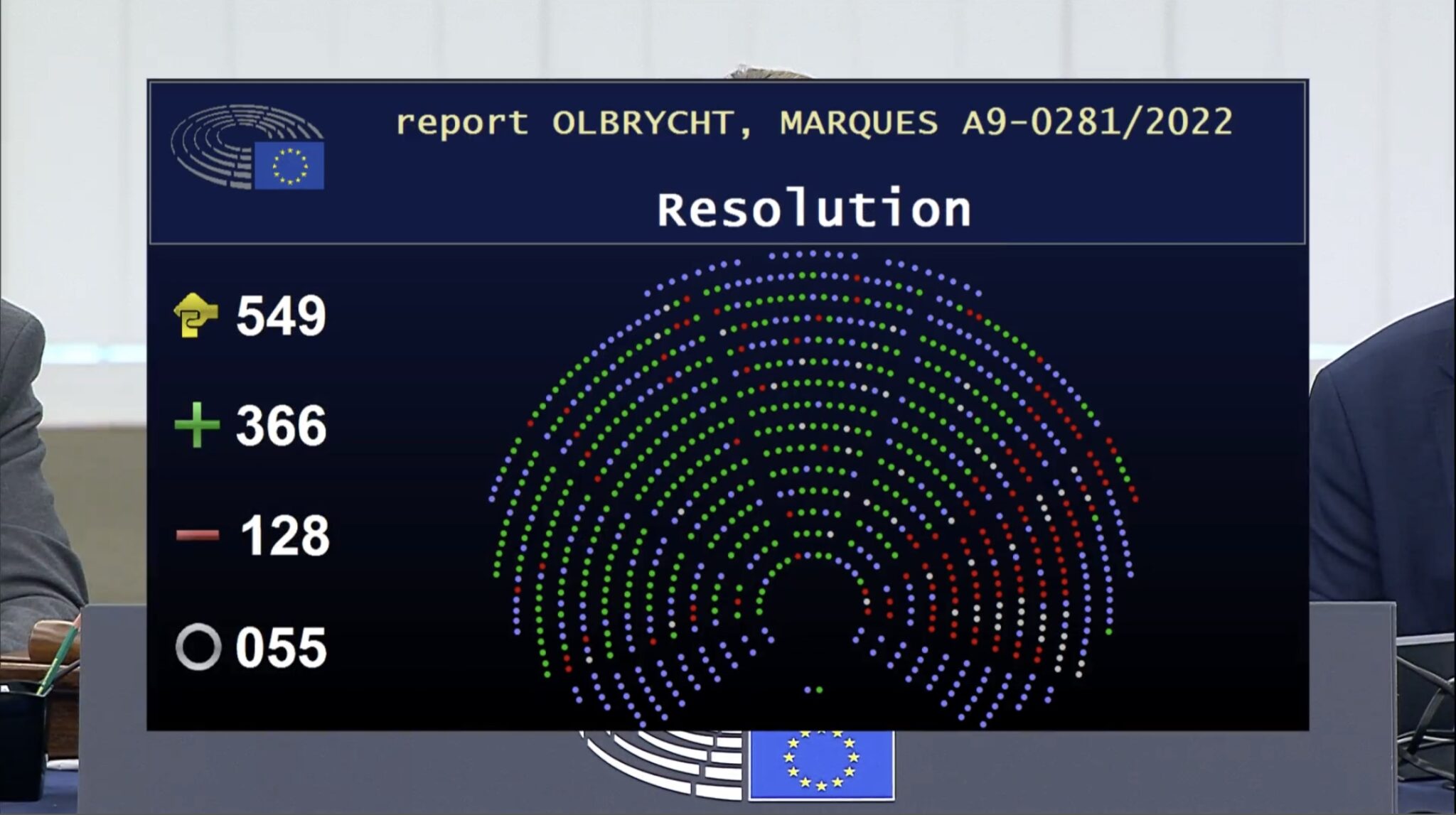